Advanced App is HERE! 🔥
with a special treat thrown in!
🔙 Back to blog
Pedro Codina

We had a chat with the founder of Safe Scooter, Juanjo Espada, to find out about his experience building a no-code app with Bravo Studio
#madewithbravo 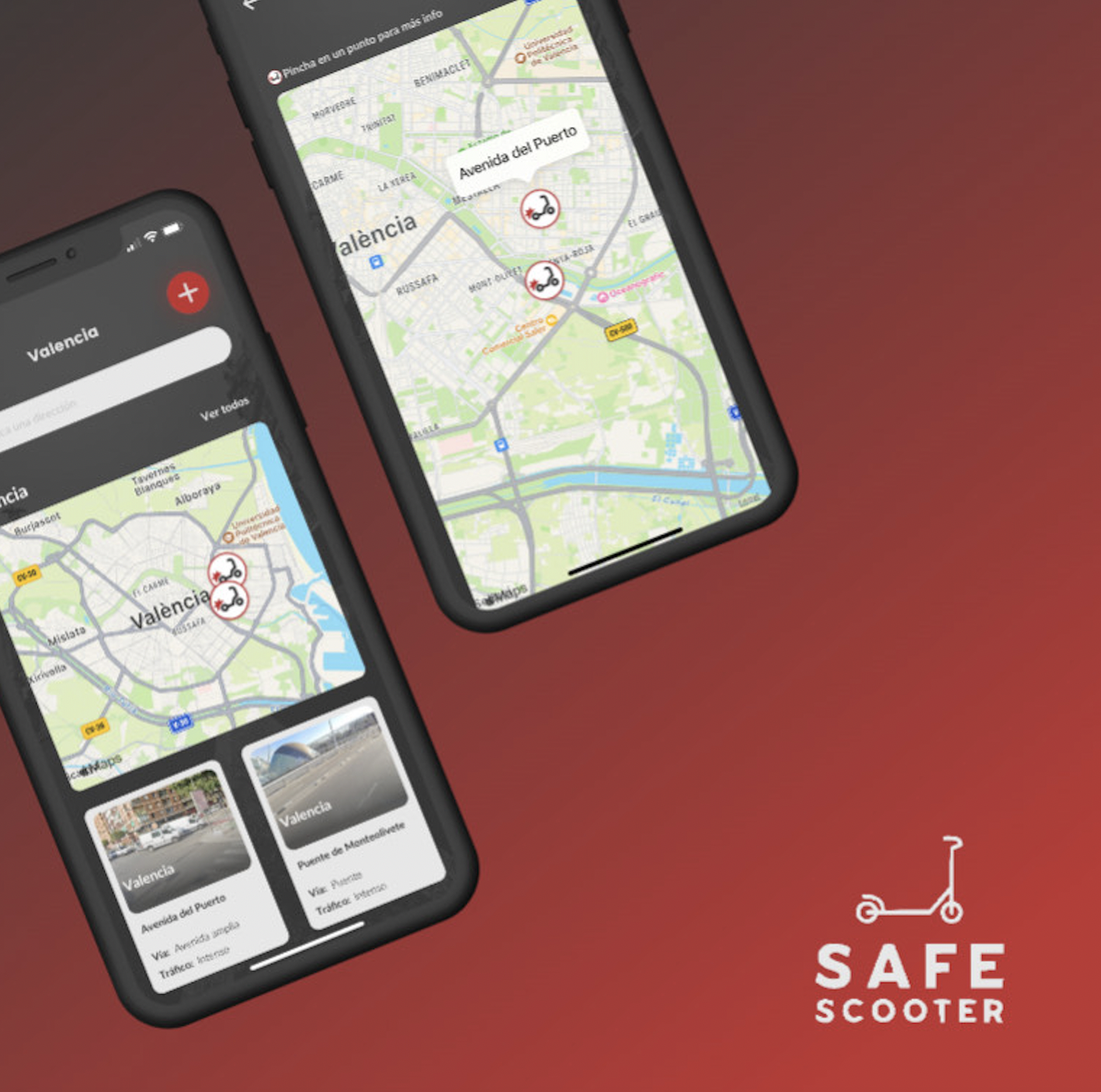 Juanjo Espada, who is based in Extremadura, Spain, wanted to build a native app that could help urban motorists like him across the country, so that's exactly what he did. 🛵

What inspired you to build this native app?

The truth is that the reason for making this app is not very pleasant. I myself have an electric scooter and not so long ago, I suffered an accident while trying to avoid being hit by a car. The experience was quite traumatic, and I later found out that there is a lot of misinformation in today’s legislation, and users of urban mobility vehicles are very exposed on the road.

To try and make sure that others don’t have serious accidents like I did, I thought it would be a good idea that the users themselves could warn others of the dangers out there for scooter drivers. That’s why, since this had not yet been done in Spain, I wanted my app to bring together the country’s network of urban mobility vehicle users, such as electric scooters, electric bicycles, etc.

Who is this app for?

This app is designed for anyone who uses electric scooters and other urban mobility vehicles, and it has two main uses. Firstly, via a form provided in the app, users can register dangerous points or zones, either because they have had an accident there or think it could be dangerous.

The second type of use is purely advisory. Users can consult the map to see the nearby areas where they should exercise extreme caution, either because they are in an unfamiliar city or because they want to keep up to date about what is happening around them.

Talk us through the process of building your no-code app

The truth is, we spent one afternoon planning the app and then started building it right away! The part that took us the longest was finalizing the design, which we actually ended up changing after doing some usability testing.

When using Figma, we always work with components to make life easier when it comes to making changes. We configured our backend with Airtable. The table that registers the black spots has two views - one is the one that receives the data from the form, and the other is the one that shows them in the app after going through a verification process. On the other hand, we have linked another table covering the Spanish municipalities with more than 10,000 inhabitants, to organize the points by localities.

Within Bravo, we configured the APIs to customize a search engine somewhat more complex than the original. Using formulas and regular expressions, I connected the search engine to the table of localities to show the one the user wants, regardless of whether they have written the name with or without accents. We also enabled maps that, depending on the user’s location, will show them all of the nearby dangerous spots.

For the moment, we’ve opted not to go with a user login to minimize any potential user friction and keep them happy during their time using the app.

Did you come across any obstacles on the way?

The biggest obstacle to get the app up and running is time 😅. With work and having a young child, there is little time left for my personal projects like CocoBrand and Safe Scooter. Apart from that, on a technical level there have been some issues that I was able to sort out quickly with the Bravo team - Javier is always there to lend a hand!

Once the app launches, some improvements have to be addressed, but they are small bugs that do not interfere with the app’s functionality.

As for the backend, the biggest obstacle was configuring the search engine and filtering by cities. The latter I had already faced with another app that I made, Nuestra Champions, so it didn't take me too long to set it up again.

How was your overall experience building an app with Bravo Studio?

Overall, my experience has been very rewarding. Being able to start a design from scratch and turn it into an app in seconds, without touching any code, is something that is only achievable with Bravo.

For those of us who love design, this is more than enough reason to have Bravo at the top of your top no-code tool list!