Advanced App is HERE! 🔥
with a special treat thrown in!
🔙 Back to blog
James Thornton

COVID-19 has made "business as usual" pretty unusual. Meet the Typeform customers who have found creative ways to stay successful.
#madewithbravo 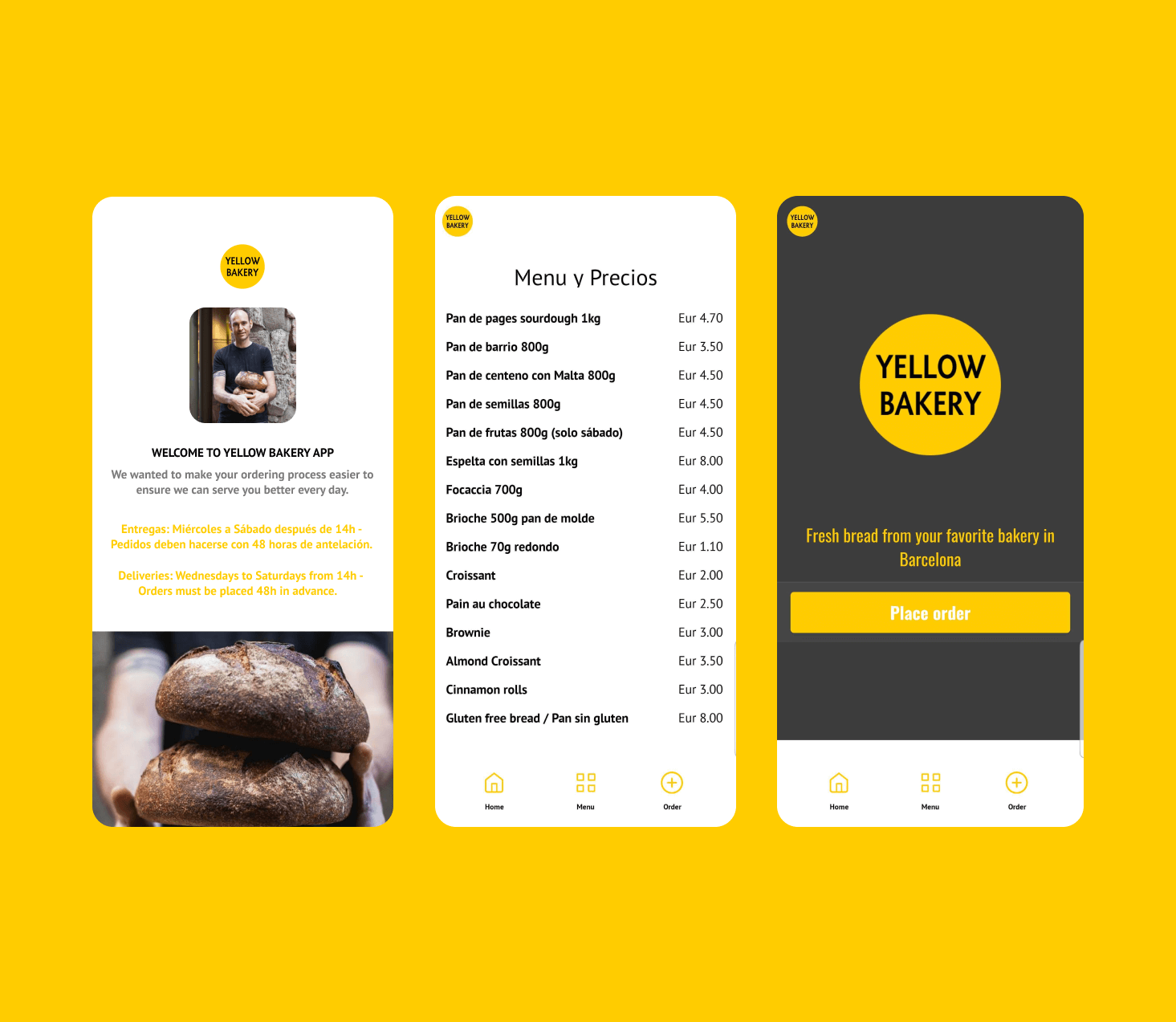 Over the border in Spain, another good son pulled out his typeform skills to help his mother—and enabled a local business to sell online.

Bakeries are an important part of life in Spain, so for folks who couldn't get out to buy their daily loaf, things were pretty crummy. Pedro Codina's mother found herself in a high-risk group, which meant she was unable to get to her favorite store, Yellow Bakery, in Barcelona.

Pedro, who works for no-code app development platform, Bravo Studio, set about making an Android app for the bakery, which would allow them to take orders online. Within 24 hours he'd built the application.

The solution is based around Bravo's platform, which takes Figma files and turns them into apps. Using the Typeform API he integrated a typeform with a Payment question to accept orders via Stripe.

“I quickly realized that Typeform was able to meet all the technical requirements to implement the entire flow—including Logic Jumps, real-time database integration via Google Sheets, and direct checkout from Typeform to Stripe.”

It also slotted into a larger workflow. As Pedro put it:

The result looks awesome and, more importantly, Pedro's mom can get her daily sourdough without leaving the house.

Read this and other similar stories on Typeform's blog.